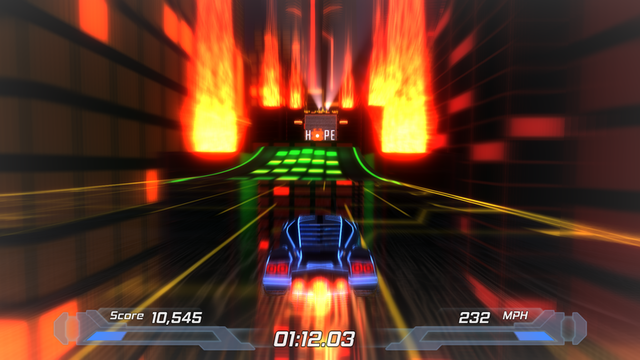 Nitronic rush has a pretty interesting story that I thought I’d share before I stated the review. Some DigiPen students created a very early version of Nitronic Rush for school project, and decided to post their results online. Suddenly, they received massive support, backing and encouragement. Powered by the internet, these students went on to turn this into an entire game.

Nitronic Rush is a survival racing game made by and published by Team Nitronic. Survival racing may seem like an odd term, but that is because you don’t really race against other cars in this game, but you merely try to survive all the obstacles and make it out quickly. The game is quite good, and then considering the game was made by amateurs, mere students the quality of the work is just astounding. There are very few flaws, the quality control is perfect and it feels like the Team Nitronic only put their best work into this game. 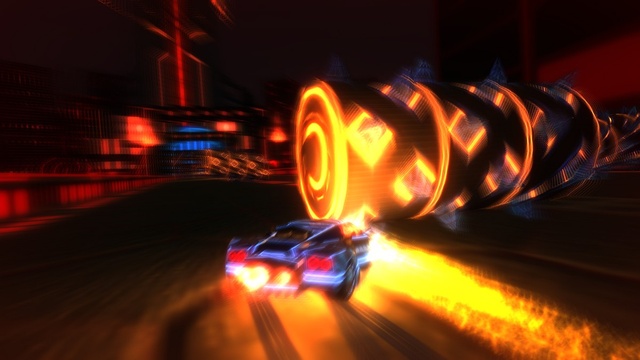 The gameplay is fairly simple. There is a track, and you must race along it. Obstacles are on the track and you must dodge them. Your car can also fly, flying is sometimes necessary, as some jumps can’t be maneuvered with just speed. Overall, it’s pretty simple. But some of the creativeness in this game is pretty intense. You must hop onto walls, or sometimes fly through a bunch of obstacles, like the N64 Star Wars Millennium Falcon scene. Obstacles can be impossible to dodge, and trying to play without braking can get REALLY hard. There is also a very nice system of doing tricks in mid-air, where your car has jets on all side of it, and you can use this to do a myriad of different tricks, all with different point values. Overall, the gameplay can be pretty challenging, its fast paced, and quite deep. My only concern is that after a seemingly short amount of time, everything gets too repetitive. 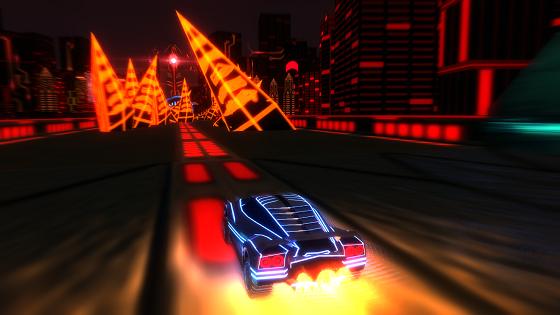 The graphics and sound in this game are what really makes it great. With a world looking like it was straight out of TRON and heavy electronic music playing in the background, you really feel like a total badass flying around and going at a ridiculous speed. Flashy lights, bright colors and a general futuristic Las Vegas feel is always present. Any crashes or successful tricks are announced by voice over, and the announcer must have hundreds of lines, because very rarely do you hear the exact same comment twice in a row. Buckets of tears! 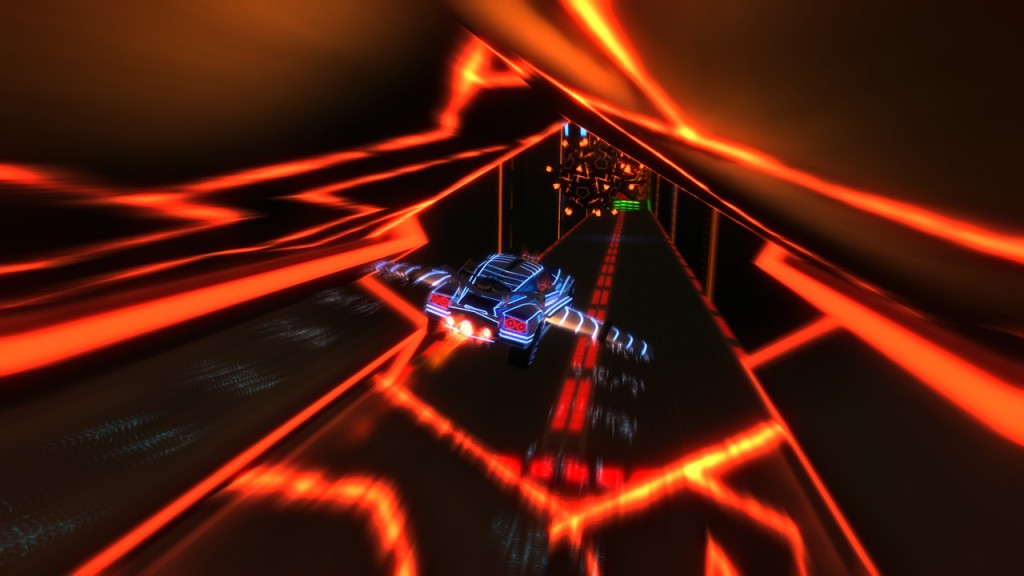 Nitronic rush is really about the atmosphere and the feel of the game. It is too hard to describe the game and how it plays in a review, because there is just a certain air of badassery, and it just can’t really be described with words. With the good graphics, good sound and great and badass gameplay, you might as well check it out the game, as its completely and utterly free to download, and it is definitely worth the hard drive space!