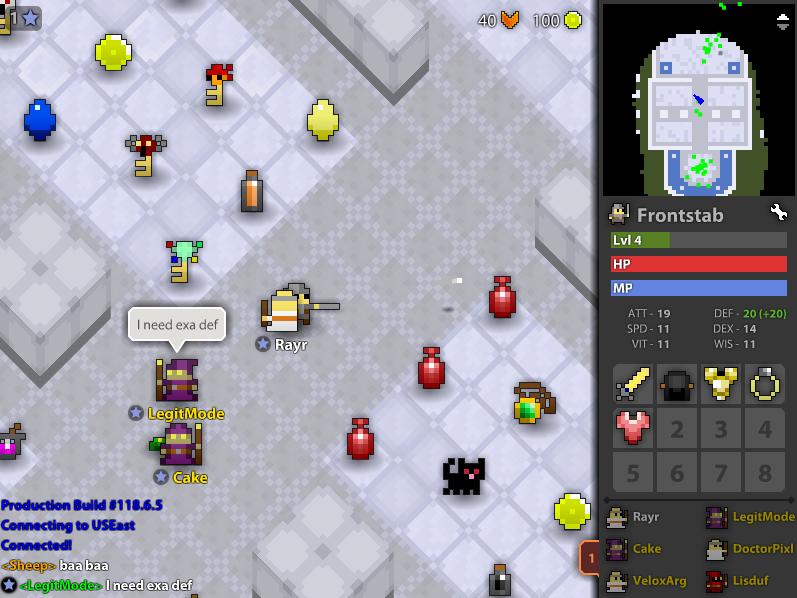 Realm of the Mad God is a free to play indie MMORPG by Wild Shadow Studios in partnership with Spry Fox. It plays like any other MMORPG, except it is browser based, and made in flash. Tasks done during the game are completing an endless number of simple quests, killing monsters, leveling up and unlocking more classes, all the while as you horde your stocks of rare equipment found from killing bosses. The game has an old-school feel to it, with pixelated characters, and some beautiful pixel art.

This indie game is very intuitive, and simple, it has a casual feel to it and has a low learning curve. Anyone can start playing immediately, because you don’t even need to take the time to sign-up before beginning to play. You can jump right into the action by pressing the Play button. Much better than some other MMORPGs, where learning how to control the menus can be the most difficult part of all.

It is simplified even further, because the game starts you off immediately. You don’t have to go through the process of choosing your class, hair color or even name, because it is done for you. (Although if you want you can register your account to set your name, for free of course). If it’s your first time a very easy tutorial quickly teaches you the game in an exmaple mission. The tiresome task of setting your skill points once you level up is removed. Realm of the Mad God is the best indie game, in terms of intuitiveness. 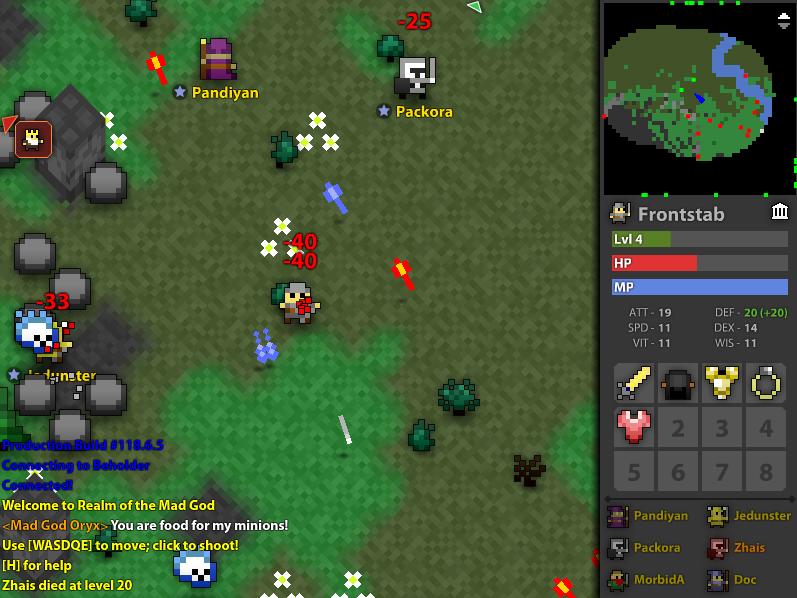 Simplification has its drawbacks. This game is not a game you can play for a long time, mostly because it is too simple. You can only have 12 items in your inventory at any time, and with the frequency of drops, you end up disregarding any items 90% of the time. You only have eight slots in a chest at home (More slots can be bought for real world currency, and if you dont want to spend money it is very limited.) There is no way to sell items, and trading rarely is done. There is a market where you can buy items, but you either need to pay real money, or die with high level characters to receive fame, which you can then spend on these items. You can only have one character at a time, so if you have unlocked a new class you will have to delete your old one to be able to use different weapons. (Or die, as death is permanent.) Again, real money can be used to buy more character slots.

The gameplay is very impressive compared to many indie MMORPGs out there today, even quite good when compared to regular MMORPGs. Most MMORPG’s have quests like “Kill 1000  Turtles” or “Get 500 Zubat Kills”. This will get boring fast. Realm of the Mad God is one of the few games that quit this horrible practice and introduce a fun way to fight. Realm of the Mad God, most quests consist of going to a boss fight, and then fighting off the minions and finishing off the boss. You play as if you are playing Asteroids. This means projectiles are slow, and people are fast. You can often run faster than projectiles therefore an action-paced shoot-em-up occurs. Dodging while spamming your lasers can really be a blast. Lag is non-existent in this game so huge multiplayer boss fights can occur, with bullets and magic constantly being dodged. 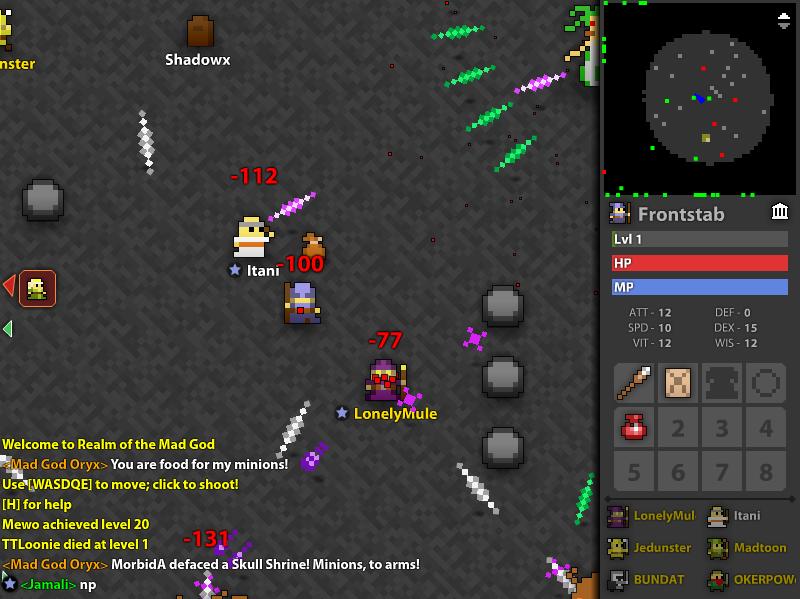 Qualifying for the title of “best indie game”, Realm of the Mad God presents a nice simple system where getting someone who has never played an MMORPG before playing in seconds with no hassle. The music is alright, but doesn’t deserve any rewards for it’s loop that can get monotonous at times. The graphics are not very high quality but I do enjoy the pixelated retro feel. This is a pretty good game that I would recommend if you had an hour to burn on a bad computer.
tl;dr: Realm of the Mad God is an intuitive MMORPG, great to burn an hour or two but sustained play is virtually impossible.

Realm of the Mad God 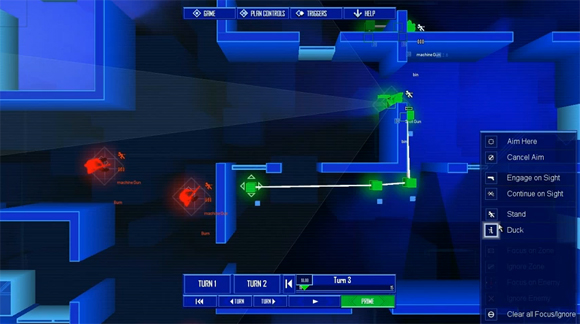 Spending 30 minutes, meticulously planning for 5 seconds of gameplay isn’t normal. But in Frozen Synapse it is. Mode 7 has brought us a fantastic strategy indie game in the form of a top down shooter. It has players analysing every single outcome for each and every turn. A randomly generated area is produced, and then players have to choose their strategy and their soldiers’ movements, through turn based gameplay. A variety of weapons and units bring many combinations of different plays to the table,