If you’re looking at the disturbing and confusing image, worry not. It is a screenshot of the fortress mode of Dwarf Fortress, which is one of the best indie games I have played in a very long time. A cross between The Sims, Civilization and Sim City, Bay 12 games provides us with an amazing sandbox indie game, but only if you are okay with repeatedly smashing your head into a brick wall, because failure and frustration will occur. There is also a mode called Adventure mode, but it is a different game and we haven’t had a chance to play it.

Dwarf Fortress is kind of like many other RTS’s but it is VERY deep, in terms of gameplay.  The world generator creates huge 3d maps, several layers of 2d-maps drawn in beautiful ASCII characters. Then, you choose where you want to settle on the world map. Then, you are thrusted into the gameplay, with no tutorial to help you. You start out with 7 dwarves, and you have to build a fortress, your home and base, by mining out caverns, collecting resources, and trading with caravans that come to visit you a couple times a year. You can order the construction of buildings, workshops and all manner of buildings, which usually your dwarves will  be happy enough to oblige, as long as sufficient building material is provided.

The biggest problem, was that the learning curve was extremely steep. I like to consider myself someone who is “good” at games. And boy did Dwarf Fortress strike me down wrong, trample me to death with an elephant, and brutally massacre me through a gang of bloodthirsty goblins. There is no tutorial in the game, so your best bet is to follow an introductory guide that you can find if you search through Dwarf Fortress’s large community. Even so, it is pretty much impossible to survive your first playthrough, because you cannot win. Losing is the only option, and that is what makes this game addicting.

What makes this game so difficult is that it is extremely easy to lose, and through a multitude of ways. After the first year, you’ll be faced with sieges of elephants and goblins, and if you don’t train an army to defend and line your entrance with traps of all kinds, you will die. You will run out of food and alcohol (Dwarves need this to live.), and your dwarves will die for very irritating reasons: Decided not to use the stairs to get to the surface? Dehydration. Decided to stand on ice as it melts- instantly? Your dwarf will drown, and all the others will become enraged at the loss and will start a tantrum spiral, ending your civilization for good.

You are constantly under huge pressure to maintain defenses, have enough food, alcohol and making sure that your dwarves are happy. Every single dwarf has his own individual preferences, from food to clothing, to pests and metals. And once the number of immigrant dwarves racks up, keeping track of them all can get quite difficult. There are hundreds of things to do to maintain a successful fortress, and the ability to control everything is quite outstanding and overwhelming at the same time. This can get extremely rewarding at times. Watching your dwarves run about, collecting resources that you’ve told them to collect, sleeping in the beds you’ve constructed and assigned, and even handle trade meetings in the office you have carved out and furnished, is a great experience. 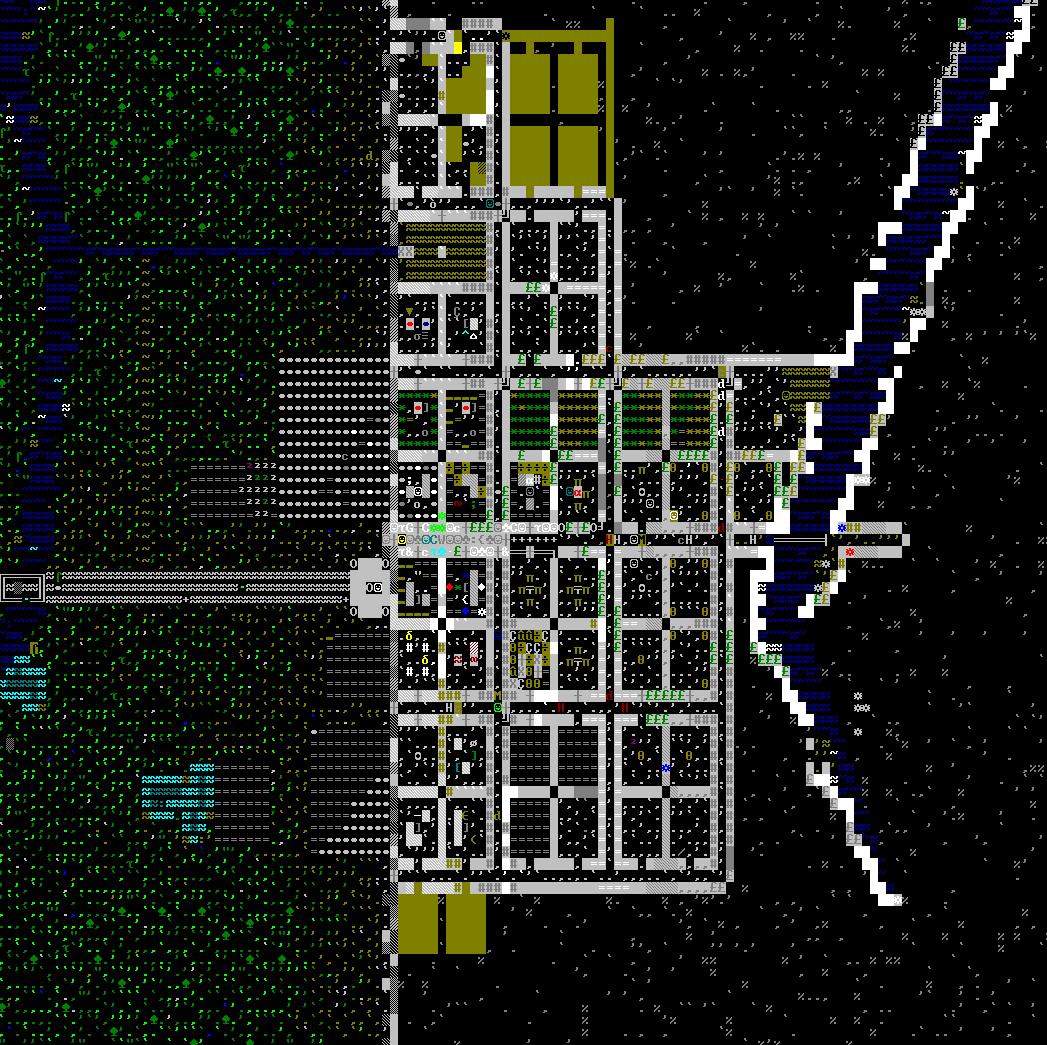 This game has no graphics engine; it’s all just ASCII characters (You can add a custom tileset, though to reduce the strain on your eyes), but don’t be fooled-once hundreds of actions are being done at once on tens of different layers, you need a fairly good processor to handle it. The mouse is not utilized, as keyboard input is used for control. (Which does get annoying at times.)  This game is very good example of form over function, with gameplay over graphics. The soundtrack is limited, but the guitar is fitting and is pretty good.

Dwarf fortress is definitely a great indie game, but you must be determined to learn and lose. It has great potential, but it is very unfriendly to newcomers. Since it is still only in Beta it does have several bugs and glitches, but it should be worked out. Also- it is free.

tl;dr: Dwarf Fortress is a great indie game with a lot of depth but with a very steep learning curve.