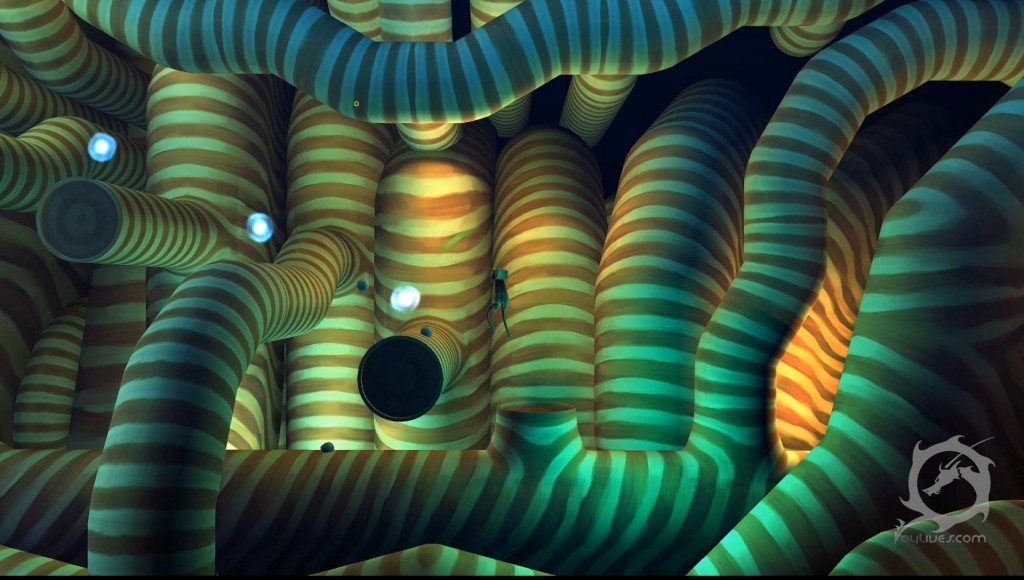 OIO is a puzzle platformer made by the French dev Uncanny Games. The game is kind of like machinarium, in the sense that a lot of the value of the game comes from the atmoshpere, art style, and magnificent aesthetics. The game feels simple and styled with no clashing of graphics. OIO has nothing that really is directly scary, but it is a combination of atmosphere and suggestion that makes the game quite dark. TYhis quality is something that we have really noticed is common in some of the best indie games.

The game doesn’t tell you much in the way of the story, and it doesn’t have much dialog. This focuses you on the game-play and keeps this game kind of casual.

There are a few problems with the game, like when you try to move in a direction your character starts moving slowly and then accelerates. This is normally fine, but in this game, the running animation for the character stays the same, even though you are running very slowly, which makes the main character look like Roadrunner from the Looney Tunes.

The basic main mechanic of this game that differentiates it from the average platformer is the ability to grow or destroy wooden platforms by simply throwing seeds at nodes located in parts of the levels. Only three of these platforms can exist at a time, when there are 4 on the field the oldest one is destroyed. This mechanic can get very deep, as sometimes you have to do timing jumps with branches and you have to grow branches off of branches.

OIO is really a puzzle platformer that requires thought and is much deeper than a standard run and jumps indie Mario clone. If you were to compare this to most other puzzle platformers out there, this would come out best. Levels are more than timing your jumps or moving for just enough time, but about thinking and intellectual challenges.